Regular meeting of the Glen Carbon Centennial Library District Board of Trustees. Open to the Public.

Spoon River Anthology, a collection of poems by Edgar Lee Masters published in 1915-16, represents a milestone in the literary history of Illinois and the United States. It was recognized as innovative not only for its creative experimentation with poetic form but also for its unvarnished representation of life in a middle-American small town through the voices of inhabitants of its cemetery, who reflect upon their experiences from beyond the grave. Previously, most poets who wrote about American small communities portrayed them as idyllic and their residents as virtuous. Masters, however, has his characters speak not only of their virtues but also of their vices, internal and interpersonal conflicts, moral dilemmas, and failures. A native of west-central Illinois, Masters based those characters largely upon people he knew in and around Lewistown. Their recognizability initially scandalized the residents of that community but made them compelling and relatable to generations of readers.

Historical actors Paddy and John Lynn will portray characters from Spoon River Anthology in costume, performing approximately 30 of the poems. Their renditions will be interspersed with folk and popular music of the period performed by singer, guitarist, and banjoist Patti Ecker.

Illinois Humanities is supported in part by the National Endowment for the Humanities (NEH) and the Illinois General Assembly [through the Illinois Arts Council Agency], as well as by contributions from individuals, foundations and corporations.

Any views, findings, conclusions, or recommendations expressed by speakers, program participants, or audiences do not necessarily reflect those of the NEH, Illinois Humanities, our partnering organizations, or our funders.

Mixed media is one of the most enjoyable and exciting way to create art. When we incorporate more than one media in one single art project we are using a mixed media technique. For the purpose of this class, Greta will mainly focus acrylic, oil pastels, and paper.

You bring: mediums TBD, and items below.

The library will provide: TBD , pencils & erasers, scissors, and glue.

Class size limited to 12 participants, ages 14 and up.

Join us for a classic film and refreshments at the library.

This event has been canceled. 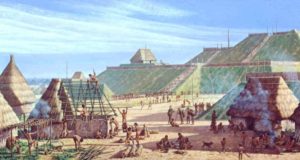 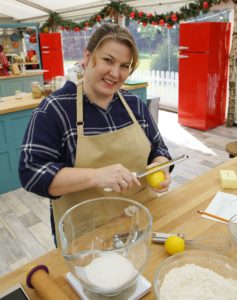 Join Local Baker, Tanya Ott, for an evening to discuss her journey from teaching herself to bake in her own kitchen to competing in a National TV Baking Competition in the British Bake Off Tent! She’ll discuss perseverance and the pursuit of one’s passion, give a behind the scenes looks at ABC’s popular baking show and even bring some desserts to share!

Regular meeting of the Glen Carbon Centennial Library District Board of Trustees. Open to the Public.

Join us for a classic film and refreshments at the library.